Whether it is queuing 2 meters apart from each other at supermarkets or having to work, homeschool, exercise, eat sleep …. all under one roof. Covid-19 pandemic has affected immediately and significantly. Whilst, some of these changes would be a temporary inconvenience, like if we talk about work-life- from packed office spaces to frequent business travel- will be the quite same.

The world comes to accept the trend of work-from-home as an alternative, although it is not a new concept for freelancers and for those who reliant on the gig economy. But the disruption due to Covid-9 is. One out of four workers in the US is doing freelancing or an independent contractor, according to the study done by Freelancer’s Union. Almost 53 million of us, including 14.3 million part-time workers are indulged in freelancing in addition to their 9 to 5 jobs. Don’t’ believe in these statistics? The number will only grow, as the Intuit report presents that 40% of all workforce will be independent workers or android freelancers.

Due to its growing popularity, it wouldn’t be surprised if the gig economy will become all-pervasive. This will be a boon not only for India but for the world as well, notified every year four million people registered themselves at freelancing platforms. This gig approach would be able to gain employment for many. Moreover, companies will also benefit from this because they can hire a temporary workforce based on client requirements; it turns on to save big on administration and overhead costs.

Why the Number of Freelancers is Increasing Every-Day?

Besides this, changing landscape of the job market is also a major point. With this recession, many workers have become unemployed and are forced to find freelance jobs. Employers are also avoiding permanent hiring and seeking part-time or contract workers during the recession, waiting out the economy before hiring full-time. Some of these contingent workers remained as freelancers, while others eventually found employment full-time as the economy began to recover.

As a result, more and more people have to experience the freelancing benefits and flexibility it offers whereas companies also enjoyed the benefits of hiring temporary workers as their alternative to hiring freelance web developers. Along with this, by internet and cloud computing workers can clock remotely and perform their jobs over the world. Thus, the new norm has is continued to become a growing trend with more contingent workers and fewer full-time employees.

Remote working will be the new normal

Freelancing online marketplaces are connected with global business industries like – tech, advertising, and e-commerce. It was interesting to see to explore patterns, pre and during or after corona, helps us to identify what the pandemic has changed truly.

Remote working has been around us since the digital transformation. Whilst many individuals and business persons have taken measures to prepare for the “future of work” and accepting remote working. The immediate change that took place in lockdown was the advent of increasing remote working. As everything was shut down, companies were forced to try and enable remote working wherever possible. Even organizations have realized how they can be just as effective as they were with employees entering the office.

Although, this has undoubtedly raised the question, “could this be the death of the office”?

Rather than a revolution, we expect here an evolution where colleagues and team members will still require to see each other, interact to share new ideas and ways to resolve business problems. I think the most likely route businesses will prefer is to reduce office size, give an option to employees to come office two to three days a week, and do work from home for the rest of the week.

One of the big concerns after the re-opening of offices is how workers will reach offices by managing social distancing rules. Governments are advising companies to stagger office start and finish times to reduce the burden. But the reality is different as metros and business are still packed with people whilst rush hour. Likely, it will lead to two things: either you can use alternative methods to travel (personal vehicle) or continue with work from home.

The death of offices or at least reducing office size would lead to less travel to work. It is not new for graphics freelancers but there’s also a question around traveling for face-to-face meetings for sales or any other internal meetings. Freelancers have already enabled themselves for this change, but they may see the attitude of clients towards remote working.

Evolution of freelancing in future

We all are witnessed of enhancement in freelancing services due the flexibility and values it offers. A survey revealed that 38% of global businesses are planning to increase their collaboration with freelancers in the upcoming months. Corporate associations are increasingly using online talent and remote teams to complete projects and manage resources easily and flexibly, allowing them to be cost-efficient by matching with peaks in demand. Sometimes, project-based employment is difficult to initiate but in the long-run, it offers a great work-life balance to workers and managers only need to pay for it whenever required.

Therefore, it will be a new trend of the evolution of employees and business needs. However, it has been accelerated at the time of the epidemic and its lockdown but we believe it will continue again with an impressive rate.

As more people are doing freelancing, some out of necessity, others out for desire. There are about 50% who say, no amount of money can get them back into traditional jobs. Not only businesses but companies also have realized that freelancing is more cost-effective than hiring a permanent employee. Hence, no surprise, freelancing is affected the corporate world as well as hiring strategies of managers as they use to bring incompetent workers.

I think very soon, you’ll see a new breed of job advertisements- where organizations would be seeking out employees but for project workers. There is no doubt to say, “Freelancers are pioneering a new era of living”.

Ways To Get Freelance SEO Clients At Fixnhour 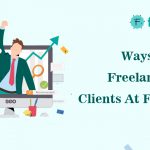 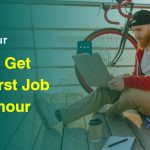 How to Get Your First Job On Fixnhour?